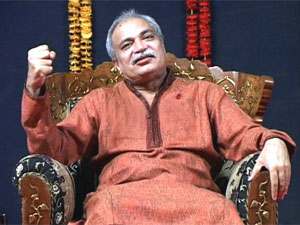 This quote is perfectly representing the current scenario of fake spiritual gurus and our society. The hunger for quick name, fame and money creates such spiritual gurus who do nothing but play with the faith of followers. But, one question arises here- what makes babas so powerful? Donĺt you think that we are equally responsible for shaking the ground roots of society? Why do we always need one representative of God to guide us?

Every day a new baba appears with super natural powers and claims himself as either God or a representative of God. You start following him with a hope that he will guide you how to overcome your financial & physical issues (even you know youĺve created them, and only you can resolve). Check our past scandals, whether it is Swami Nityanand (popular sex tape scandals), Swami Asharam Bapu, or now Nirmal baba. All are involved in numerous sins and have a criminal background.

Nirmal baba has become a household name because of some Ĺso-calledĺ divine powers that he is endowed with. He promoted himself as a person with perfect sixth sense. No matter whether youĺre suffering from cancer or AIDS, he can heal anyone even without even a person contact. Quite Impressive and interesting creature, isnĺt it?

Why he is so mysterious?

Here are some points that put a question mark on his sixth sense and his divine powers. Have a look please-

Nirmal Baba has gained tremendous popularity because of the vasikaran mantra. According to the guru and his followers, he can control anyoneĺs mind with this mantra. But, the question remains- how come a mantra can control anyone? He does know and apply hypnotism. You will be shocking surprised to know, people are paid INR 10,000 to praise Nirmal Baba in his live satsang. He is only earning money from gullible people.

Today, we all know about his current work and current business life. He is earning crores of rupees every month. I wonder why the nature selected him to give Ĺdivine powersĺ when he is not going to offer it for free to anyone?

You need to make a payment of INR 2,000 if you want to participate in his samagams through a bank challan. Send the challan to his Delhi office and once your registration confirmed via a SMS, youĺll be allowed to attend the samagam. No money, No Kripa!!

There is no dearth of ôswamis & babasö in India. They spring up like mushrooms and start blessing society with corruption scandals. Even if youĺve a problem and youĺre watching his samagan on TV, his krupa will come to you.

Here we didnĺt mean to hurt anyone’s feeling or faith, but we want to throw some light on the dark faces of such ôbabasö that are just making money out of your blind faith. Having faith is good but do not believe anyone so blindly.

5 thoughts on “Again A Spiritual Guru In Trouble: Nirmal Baba”