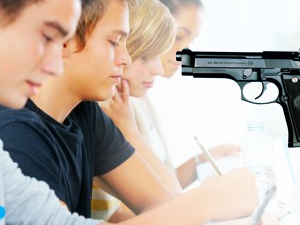 Again, an Indian student, 24- year-old K. Sheshadri Rao of the Boston University shot dead by his fellow students in the early hours of April 19. There is nothing new about. Even though my voice may sound a bit rude and harsh, but seriously there is nothing new about it. Every year students in large number fly abroad to either take admission in the premium universities or for employment purpose. Some got misbehaved with their fellow in the college or at work or some shot dead even just on trivial issues.

No doubt, it is your right to study in renowned colleges across the world to add more value to your career, but this unsafe environment doesnít allow expanding your wing anywhere. Letís talk about more about the recent K. Sheshadri Rao murder case.

K.shedshadri Rao was pursuing a management degree in Boston University. According to Boston police official, he was shot in the head and leg in the early hours of April 19. No arrest has been made yet. Rao is the fourth victim of homicide in Boston in the past week. More than 45 % students who are studying in U.S. belong to a single state- Andhra Pradesh and even students who have links to that state are the common victims. Check out the quick detail of last few murder cases-

Around 1.1 lakh Indian students pursuing a degree in United states, about 45% are from Andhra Pradesh alone, followed by Gujarat and Punjab. This is the reason why an Indian victim of violence and race crimes is more likely to belong to Andhra. But, the issue here is- Why extra safety and security are not provided to Indian students?

Meanwhile expressing sorrow over the death of the young student, BJD Leader BJ Panda said that there is a need to create an awareness campaign for basic safety of the students studying abroad. Is it enough?